(TNO) The demand for Japanese language education among Vietnamese youth is on the rise, due to the increasing number of Japanese companies and the possibility of investing in Vietnam in the future. To meet the above demand, many Japanese centers appear throughout the Ho Chi Minh City area and Japanese studies also thrive in universities.

At present, the demand for recruitment of Japanese translators in enterprises is quite high. As a result, the Japanese translation job becomes “hot”, but to be able to do the job well, it is a process of training and learning.

From hardship to success

Japanese is one of the hard-to-learn languages, from writing to speaking, because the type of writing is not Latin, such as English, Vietnamese, and the pronunciation of wind, according to many people. teacher (SV) and teacher.

Japanese language students have difficulty in pronunciation, vocabulary, grammar. Tran Thi My Linh, a graduate student in the Department of Oriental Studies, Japanese Studies, University of Social Sciences and Humanities (HPSR), said that Japanese language is difficult in nature. The first is the alphabet, there are 3 alphabets, one is Chinese characters (must learn word by word, learn as much as read), the second is pure Japanese (less used) and the third is alphabet the translation from foreign language into Japanese. In the three types of table above, according to Ling, the Chinese table is the most difficult to learn, but it determines the ability to read the students.

Japanese grammar is also confusing and complicated. “The most secret is the language, lower level, upper level, the same subjects say different; New people and people who have known each other well, “said Linh. In addition, every Japanese of different ages uses different words and expressions, for example, children use new words, modern, old, the old word. Therefore, it is difficult to grasp what the Japanese want to say.

Compared to English or Chinese, learning Japanese is much more difficult. “For example, write the same apology, talk about a problem, but men say other women, so it is impossible to learn all the structure of the sentence because everyone said a type,” Huynh Hue Binh, , Diploma in Japanese Studies, University of Social Sciences and Humanities.

Most of the new students started in this majors as “duck listening to thunder.” “Although I know Japanese very hard, but because I chose this field and decided to study to the end, I have to try to memorize and remember the word, to understand the meaning. In addition, to practice pronunciation, I also watch TV and listen to the Japanese say often, “My Linh shared.

To be able to communicate and understand the Japanese as today, My Linh and Huiping have undergone a rather elaborate training process. But not all students can do this. There are students who have completed four years of college, still can not communicate.

Talking about this issue, Nguyen Thi Bich Thuy, lecturer in Oriental Studies, University of Social Sciences and Humanities Ho Chi Minh City, as well as Head of Lapis Foreign Language School, said that the Japanese language curriculum from primary to secondary It is too difficult for students to understand. According to the plan set out, the year 4 at the university, students will have intermediate level. However, the fact that there are many students in year 4 but qualified only in year 2, ie primary. “Since the middle school curriculum is so difficult for them to understand, I think there should be a kind of supportive curriculum called” New Approaches “between the elementary and middle school stages so they can grasp and not leave. The discouragement, “she shared

Thanks to the will to overcome the difficulties in learning and boldly choose the right direction for themselves, so many people are now quite successful in their career associated with Japanese. Ms. Pham Kim Hong, manager of Toshin development company representative office is a typical.

Graduated from Polytechnics University of Construction, but she has a passion for Japanese through the process of studying at the East Japan School more than a year. After that, she decided to study in Japan for 2 years when the level of Japanese at that time was quite poor, just babble, bobble a few words and do not know how to write. Now, she has become a manager with a pretty attractive salary.

Must understand the Japanese psychology

To become a professional interpreter, you must first have a good voice, followed by a good understanding of Japanese culture, psychology and style. “Selecting a foreign language does not have to be a” hot “job, but choose the culture you like to raise your self worth,” Ms. Bich Thuy emphasized.

Studying is not the only solution to success, not everyone is better after studying in Japan. Ms. Hong said that the opportunity for students to practice Japanese in Vietnam is quite good, so make use of them in Japanese restaurants, as interpreters for Japanese companies, meet tourists to communicate … In Japan, yet There should be a restaurant or restaurant that helps young people speak Japanese, because the Japanese are quite busy. Be aware of the opportunities through the process of overtime, join the club and show the courage to communicate.

Confidence and opportunity to communicate in Japanese to improve skills is one of the secrets to success. Before graduating from the Ho Chi Minh City University of Social Sciences and Humanities, Hue completed the Japanese language course of the Japanese GHS scholarship program for 2 years, 5 hours a day. Therefore, the past time, Binh is not difficult to do a lot of work “left hand” thanks to the Japanese capital quite. Please translate the documents for companies, write mail, translate box products … Sometimes Pick up Japanese guests, talk from the airport to the hotel with a salary of 200,000 to 400,000 VND / time.

The secret of having a relaxed mind before entering into the translation, according to Binh, is to meet the Japanese beforehand, listen attentively and ask questions to understand the style and the use of their words to have. careful preparation, high efficiency. 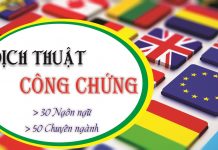 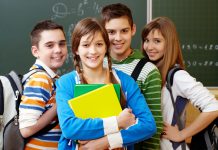 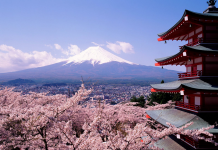 How to become a professional Japanese interpreter 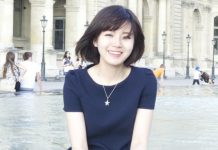 How to become a Japanese interpreter