“I am a businessman, author, knowledgeable contributor, inspirational and always learning,” wrote Lam Minh Chanh on his Facebook avatar, and he lived up to it.

CEO Life is right Tran Dinh Tuan: valuable and then money will find themselves
Do not be afraid to hire someone better than you
18 years as a senior manager, 6 years with 5 startups in many different fields: gold trading floor, education, e-commerce, business based technology; have been successful and have not been successful.

Valuable lessons have been shared through workshops, books, articles on the personal Facebook page, and now are the articles, seminars of the Management and Startup Group with 17,000 member!

Always see the light in every situation

Having graduated from the prestigious University of Technology Sydney, he has spent many senior positions in multinational corporations. His path seems to be full of roses.

In 1990, I graduated from agro-forestry mechanics. This was also the time when Vietnam started to open its doors. I graduated from English school in “foreign office secretary” class and was recruited for sales position. Voice Australia Company, Distributor for ICIC Paints.

In 1994 the United States abstained from embargo, I was accepted as head of the Kodak business in Vietnam. Full scholarship AusAID of the Government of Australia to study MBA at UTS, returned to Vietnam, I have gained many useful career experience in multinational companies in the position of business director and manager The first Vietnamese AVP rank of AIA Vietnam, Director of Prudential business, Deputy General Director of Dai-Ichi Life Vietnam, General Director of Dai Viet Securities …

However, it can not be said that the way I go is full of roses … To have a relatively stable career, managers must overcome the difficulties in work, relationships and many other challenges. The phrase “every rose has thorns” is always true.

Why the life of “hired” is so rosy that at the end of 2008, he abandoned the terrible salary, to start the World Gold Exchange (VTG)?

After 18 years working as a payroll manager, I found myself lagging behind my friends as entrepreneurs. In the early 2000’s when I was having fun with a salary of $ 4,000-5,000, my friends started a difficult business. By the year 2008 when they had a relative business, my paycheck even increased steadily, but just “mosquitoes” compared to their profits.

It is not just the income that is exactly my dream of setting up my business. I want to be the owner, to make decisions and contribute more to society.

But by the end of March 2010 we were forced to close down as decided by the Prime Minister.

From a very potential business, we suffered heavy losses because of the short time of operation. After this, I joke that I am successful 50%, and not succeed 50%. As an active person, I like to use words that have not been successful, not the word failure.

After that, he continued to start?

Of course. After the VTG gold floor, I started the franchise Mathnasium American mathematical thinking. I was the one who broke the routine of this think-tank executive when carrying out the capacity presentation and negotiating franchise in Vietnam rather than the US as other partners.

In only 2 years, we have owned 4 centers and franchised with 20 centers nationwide. Our system has 10,000 students in kindergarten through 9th and becomes a heavyweight counterweight to a Japanese math program that has been active in Vietnam for more than five years. We have transferred this business. This is a very successful investment. 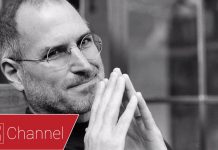